The theme of the evening in the immortal words of Sly Stone is “I wanna take you higher!!!”

So get ready to blast off as an all-star cast jams out to mind-blowing custom 360 visuals for a one-of-a-kind NYE experience!

The show also features Los Angeles based BRAINFEEDER alum THE GASLAMP KILLER along with DJ Houseshoes and more incredible guests to be announced soon!

Vibe out at our Global Chill-Out Dome to the Moroccan and Nomadic Global Grooves of The Dogan Lights, Stellamara, Vir McCoy, Evan Fraser, and Superchariot.

NYE 2020 will be a legendary night where we will go higher then we’ve ever been before!!!

Dumpstaphunk stands out among New Orleans’ best as one of the funkiest bands to ever arise from the Crescent City. Born on the Jazz & Heritage Festival stage, and descended from Neville family bloodlines, these soldiers of funk ignite a deep, gritty groove that dares listeners not to move. Their performances combine ingenious musicianship and complex funk and jazz arrangements with soulful melodies that are simple enough for anyone to enjoy. In Big Easy tradition, dueling baselines from Tony Hall and Nick Daniels III set off one of the dirtiest rhythm sections on the planet, while Ivan Neville lights up the Hammond B3 keys and cousin Ian Neville’s funky guitar riffs send the groove into overdrive. The band recently welcomed their newest member, Alvin Ford Jr. to the quintet, a New Orleans born and raised powerhouse drummer. Dumpstaphunk tosses around lead vocals and four-part harmonies the way Sly & the Family Stone did, but with three studio albums under their belt, Dumpstaphunk stands on the merit of their own material. Songs like “Dancin’ To The Truth” off their latest record, Dirty Word (July 30, 2013, Louisiana Red Hot Records), offer an escape into the funky sublime, sharing the true spirit of New Orleans with every note.

The “I Wanna Take You Higher” NYE Experience Includes 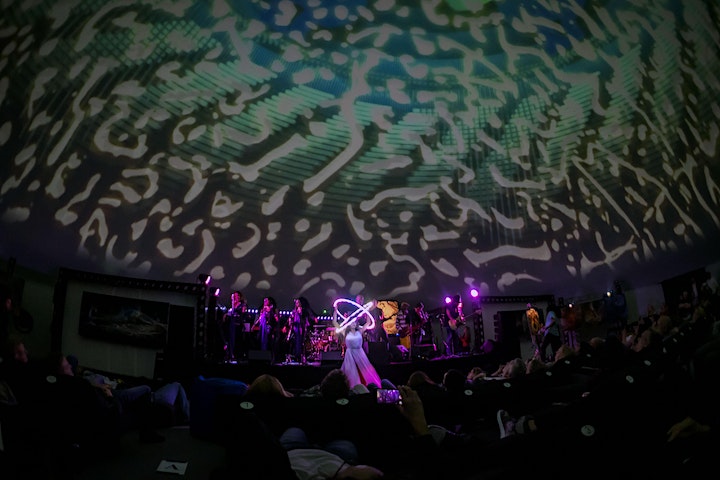 ABOUT THE GASLAMP KILLER

Bensussen grew up in San Diego, California, where he began listening to Too Short, Jimi Hendrix, and Dr. Dre.

After being influenced by DJ Shadow, he became a DJ in San Diego’s Gaslamp district when he was 17.

His unique sets often ruined the pop music vibe in the clubs, earning him the nickname “The Gaslamp Killer”. 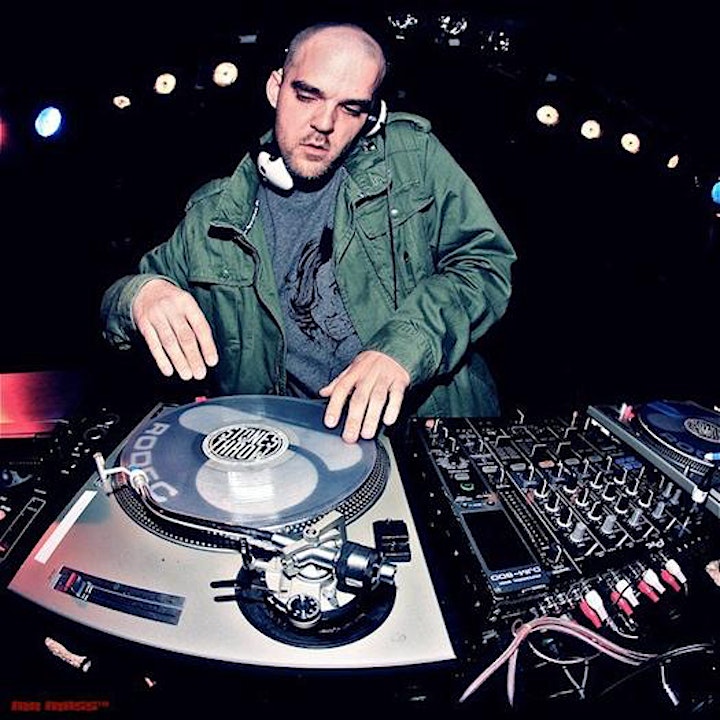 House Shoes’ crucial role in the development of Detroit hip-hop was fully understood only by those who closely witnessed the DJ/producer’s activities as an artist and advocate. Born Michael Buchanan, House Shoes was raised in Lathrup Village, a small city surrounded by the Detroit suburb of Southfield. From the mid-’90s through the early 2000s, he was a resident DJ at Detroit’s St. Andrew’s Hall. He worked at a number of record stores in and around the city, including Melodies & Memories and Street Corner Music. Slowly but surely, he racked up production credits for the likes of Common Ground, Proof, and Elzhi. Through House Shoes Recordings, he issued Phat Kat’s J Dilla-produced “Dedication to the Suckers,” a ten-track compilation of rare Dilla mixes and productions titled Jay Dee Unreleased, and The House Shoes Collection, Vol. 1: I Got Next — a two-CD set featuring material from Slum Village, Guilty Simpson, Royce da 5’9″, Lacks, Dabrye, and several others, with some material produced by House Shoes himself. As a DJ, he also went on the road with many of the above-mentioned artists, as well as Aloe Blacc and Mayer Hawthorne. Production-wise, House Shoes — who eventually relocated to Los Angeles — was never one to flood the market, though his output increased around 2010-2012. This culminated in an album, Let It Go, issued on the Tres label in June 2012. 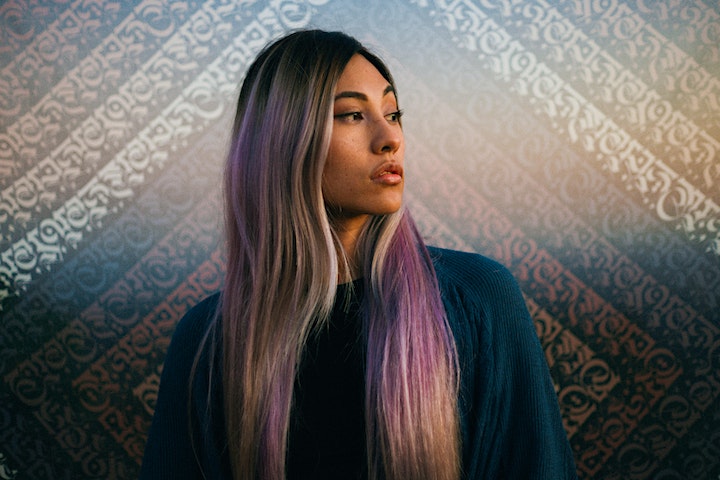 Filipino-American, Los Angeles based artist Low Leaf is a multi-instrumentalist, vocalist, composer and producer. She combines an array of genres, giving way for a more unrestricted and unique sound, ever-changing in a spectrum of its own. In 2014 Low Leaf began exploring the realms of sound healing which has greatly influenced her approach to music and visual arts as a holistic life practice. She currently holds ceremonial gatherings incorporating plant consciousness and music, and is working on her 3rd album to be released in 2020. 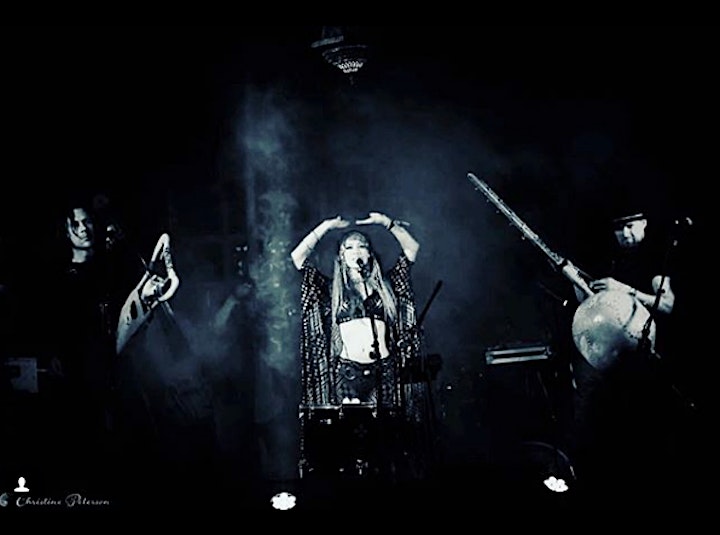 With their world-renowned discography and unforgettable live performances, Stellamara is regarded as being at the forefront of contemporary world music, giving new life and a fresh, modern expression to the beautiful and mysterious qualities of ancient modal music.

About The Dogon Lights 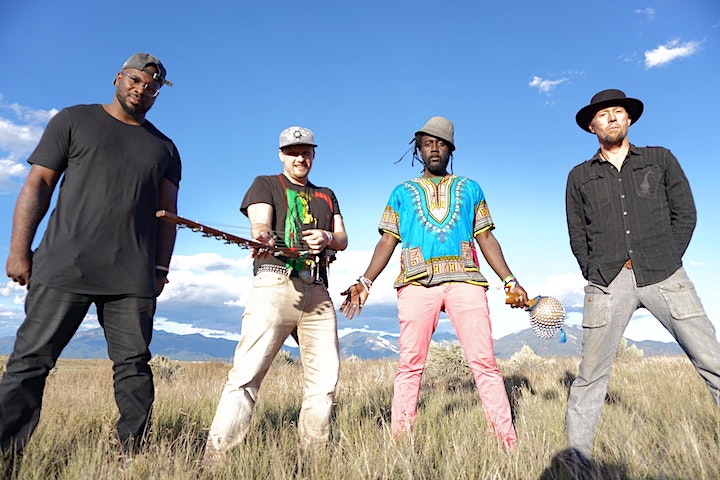 In the band, Evan Fraser (also in Dirtwire) plays the traditional kamala-ngoni from North Africa, which gives the Dogon Lights its distinctive twang. This, combined with Ashel Seazuns rapping and Ngoni playing, Garry Norris’ Hip Hop and electronic beats, the charismatic Bongo Sidibe on Djembe and vocals (from Guinea-West Africa, and Vir McCoy’s monster grooves on guitar and guembri (Moroccan), the very unique Dogon Lights have coined their sound as, “AfroHip-Hop.”

The Dogon Lights are supported and have the blessing of the Hogan (local shaman/chief elders) of Mali where the Dogon tribe resides.

The Dogon Lights feature members who are also in or have collaborated with Bassnectar, Beats Antique, Dirtwire, Hamsa Lila, Rising Appalachia, The Mickey Hart Band and many others. The Dogon Lights have opened for Grammy award-winning groups such Tinariwen from Mali, and Bombino from Niger.

They have also played numerous festivals including Symbiosis, Lightning in a Bottle, Envision, Enchanted Forest, Beloved Festival, Joshua Tree Music Festival, Bioneers and many others.

Vir McCoy (Hamsa Lila, House of Hamsa) plays the goat skinned gimbri, a traditional instrument of the Gnawa of Morocco, as well as electric bass, guitar, synth and electronics. Vir has recorded and performed with Beats Antique, Mickey Hart and Rising Appalachia.

Alpha “Bongo” Sidibe A native of Guinea and a master Djembe drummer, Bongo is a well-known teacher and performer from San Francisco. He adds his infectious rhythmic fire to the mix at local shows in the bay area. Bongo plays on selected shows.

About Vir McCoy and Evan Fraser 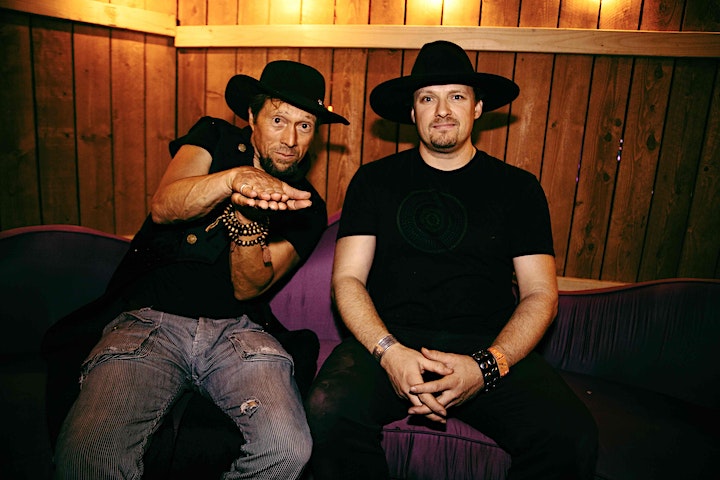 Evan Fraser and Vir McCoy are accomplished multi-instrumentalists who have been recording and performing music together in different bands over the last 20 years. As a duo they play mostly traditional ethnic instruments and champion a unique global roots sound.

Both Evan and Vir have a lifetime of dedication to and immersion in music. They’ve gone deep and learned to play a dizzying array of instruments.

Evan and Vir have the kind of synergy you only get with years of performing together; from being part of the foundational West Coast Band Hamsa Lila, the afro hip-hop band The Dogon Lights and their improvisation live band House of Hamsa. Evan also records and tours with the legendary Dirtwire and Vir produces and records with his wife Heather Christie. Vir’s work has included children’s music, via Kid Kaleidoscope as well as new age you-tube comedy hits such as The Man from Marin.

In 2014 Evan and Vir teamed up with acclaimed Yoga teacher Shiva Rea to record the much loved healing arts album “Yakaruna”. 5 years later sees them back in the studio with a follow up for Canadian label Interchill. 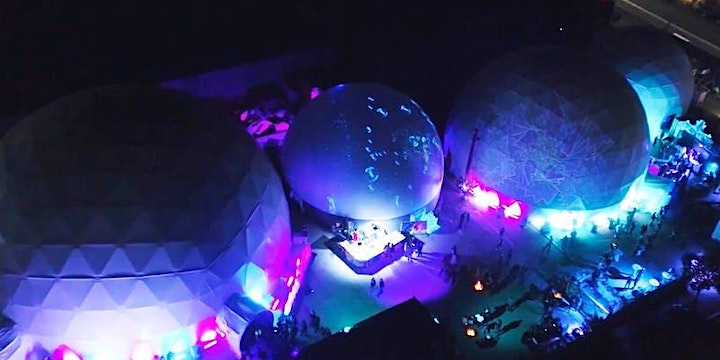 “Wisdome’s immersive art in Los Angeles may be just what you are looking for.” – Forbes